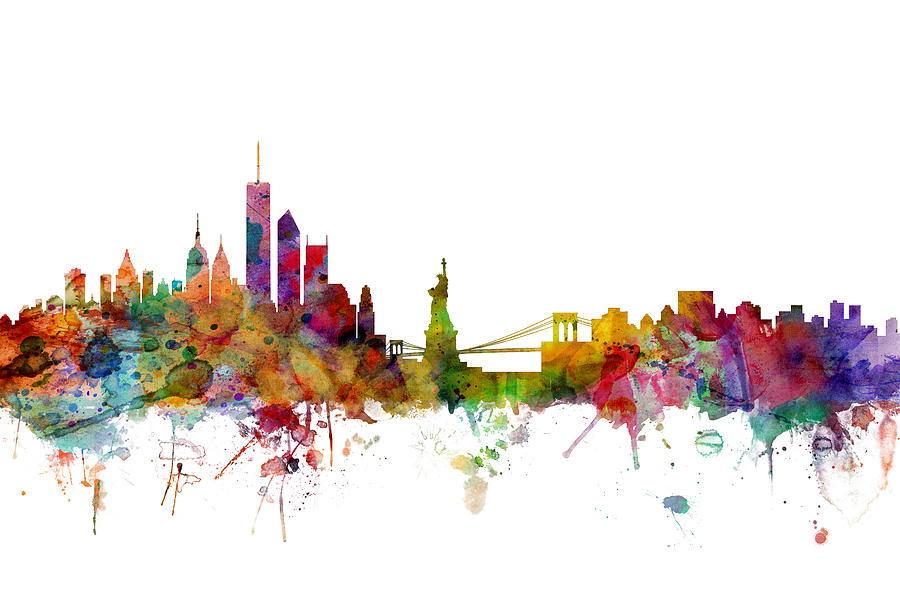 Once upon a time, I grew up in the best state ever. (Me? Biased? Nah..) New Jersey was probably the best place to grow up because it was both fast-paced, and slow at the same time. Living there most likely instilled in me the “never stop” lifestyle that I still have today. I have a seriously difficult time just spending a day at home, even though in theory that would be a good thing.

Close your eyes and picture horns honking, vendors yelling in at least 4 different languages, the distinct smells of street food, sweat, and determination. Then imagine being slightly, but firmly pushed through a crowd of people heading down dirty concrete steps to an already jam-packed subway.  Power walking was the norm, having to get everywhere quickly and on time…it was intense and that intensity was seemingly never-ending. But then if you took the time to really look around, right there in front of you was the softer side of the city, something most tourists never saw because they were so swept up in the city that never sleeps. Ice skating at Rockefeller Center, people taking long walks with their dogs, and families picnicking in Central Park. Bike rides through smaller, local streets, hole in the wall pizza places where the owners knew your name (S/O to Champion Pizza! You made my childhood delicious! Best pizza in NYC guys. No joke), you get the idea.

So, growing up my dad and I used to subway into the city, oh gosh, on most weekends just for fun. But in 1999, everything changed. My dad got into a horrible car accident. The hospitals in NJ near us couldn’t help him, so he was brought to Virginia for medical attention. My mom and I followed. After months of back and forth, my mom ended up accepting a job offer in Richmond, Virginia so we could stay for my dad. I honestly don’t know if it was ever their intention to stay in Virginia, but that’s what ended up happening. We left New Jersey and never looked back. Well, I think I was the only one to look back. I missed it. That fast-paced feeling, and then that relaxing feeling of coming home after a whole day of that rush…nothing compares to it. In Virginia, everything is slower, calmer, and most people are content with staying at home or just moving throughout their day in a more relaxed way. I felt like a fish out of water. I felt that I shouldn’t have these massive urges to “get out of the house” as my dad used to say. But I still have them. And you know what? I don’t think that will ever stop.

Time travel to 2015 (sorry I’m a nerd), when I left my home in Richmond to move to Charlottesville, VA. I quickly fell in love with it. It’s faster paced then Richmond, but still has that laid-back feel underneath the rush. Its home to the gorgeous University of Virginia (Go Hoos!), and its nestled super close to Shenandoah National Park and the Blue Ridge Parkway! The small college town feel was so perfect for me. And the fact that I live so close to the mountains, meant I could indulge my love of hiking all while living in a small city! Perfect!

So I went from the Big Apple to a place filled with Orchards. Don’t get me wrong! I love Charlottesville with its rolling hills and beautiful mountains! It’s quaint, and the people are wonderful. But it really isn’t the same as my favorite concrete jungle. I think a part of my heart will always belong to that bustling city and especially to New Jersey. You can take the Jersey girl out of Jersey, but she will always be a Jersey girl. What can I say? It’s in my blood.

Hello, hello!
This is the first of a SERIES! Yay! So stay tuned 😉
If you haven’t clicked on over to the “About Me” section of my blog, then you may have missed that I am half Dominican! My dad immigrated to the United States when he was only 18 and never looked back. I like to think through him I have a strong connection to the Dominican people and its beautiful culture. Growing up in a Dominican influenced household held a lot of different traditions compared to the average American household. So there were tons of things that I thought were “normal” but found out the hard way that they were NOT. On top of that, I realized I hadn’t done many of the actual normal things. For example:

You get the idea. We’re insane, love loud music, dancing, and being very over the top in the best way possible! We know how to have a good time. Growing up in this environment taught me to be a MAJOR extrovert and really embrace life passionately.
I grew up in Paterson, NJ in an amazingly awesome neighborhood. It is sadly rundown, and I wouldn’t advise going there now, but man. It was awesome. We had an adorable tiny house, where I, like Mr. Harry Potter himself, slept in a closet! (Don’t worry, it was a HUGE closet and I loved it!) I was born in 1993, (90’s baby, yeah!!!) so everyone was still friendly and helpful with no suspicions or stigmas attached. It was such a diverse place! So many different peoples, religions, and traditions. I could safely ride my bike throughout the entire neighborhood (and into a brick wall, a story for another time) with no fears of being snatched up or anything like that. I was lucky enough to live only a couple blocks away from two great buddies of mine (S/O to Samantha and Stephen! Love you both!) and we would do the dumbest things together! It was fabulous. Oh, how I wish I could raise my future children in that same environment! It was so peaceful, and simple. Safe and nurturing. Growing up there, I never noticed skin color or any other racial differences. People were people, and that was all that mattered.
One lesson my dad always taught me (by this I mean at least a minimum of twice a week) that a smile was the best greeting and to “always walk with your head held high”! Be proud of who you are and where you come from. I carry those words with me daily, and boy are they ever relevant today. No matter where you’re from, be PROUD! You are bringing something to this wonderful melting pot of a nation! You are bringing you and your super cool/ new traditions and culture! Always walk with your head held high and smile. You are amazing and I would so love to hear each and every one of your stories.
While all this is coming from the blissful memories of a 4 to 5 year old girl, the principle still remains: People are people. No one is lesser or greater, and the diversity in this nation is a beautiful sight to behold. I think more people need to remember that everyone has a story worth sharing and to be proud of their own stories. Those are a few lessons I learned growing up Dominican. We are a community. Everyone matters. When it comes down to it, we are all the same. Love people (hug them vigorously if you feel so led), and respect them. It’s what people will remember about you: if you love them, and respect them.